Note: Our work is supported by earning an affiliate commission when readers choose a digital tool based on there reviews.

What are Shopify’s Most Important Features?

What is Shopify? Shopify is a fully hosted all-in-one e-commerce website builder. You could always just open up an Etsy shop or just make an eBay profile and sell your stuff, correct? Shopify is a robust platform that you can house your entire business within. It is an innovative solution for any company size or entrepreneur.

Perhaps its main advantage is that Shopify offers a great balance between ease of use and functionality.

Shopify is incredibly friendly even for beginner users who haven’t operated an e-commerce store before. And on the other, it delivers all the features that a business owner might need. Plus, you don’t have to take a web development or coding class.

That being said, more advanced users gain access to the CSS and HTML files, and can upgrade their Shopify plan to get more robust features as their store grows.

Overall, it’s a beautifully constructed ecommerce platform with plenty of themes that look modern and stylish but also simple and minimal if that’s what you’re looking for.

Shopify Review: How to Start a Business Using Shopify

You have an idea for a business, and you’re looking for a place to begin. Or, you’re taking your side hustle and moving it to a platform like Shopify where it can grow. If that’s the case, then Shopify is all but made for you.

Unlike platforms like WordPress, which is pretty complex, and even Squarespace, which is definitely approachable but quite limited, Shopify is built for shopping. Could you tell from the name? And, moreover, it’s built for folks who aren’t looking to build everything from scratch.

What does that mean for you? Well, if you’re already a WordPress expert, why even consider Shopify? Put that expertise to good use! And further down this review, we’ll get into how you can integrate it with your existing website.

What can you sell after reading this Shopify review?

There are a number of businesses prohibited from using the Shopify platform, including:

The rest of this review will explain how Shopify pushes innovation— through their App Store, Shopify Payments and more— while still keeping Shopify clear and easy of use. It’s a magical balancing act that’s unusual in the world of software.

The App Store is Shopify’s most important feature and it is what differentiates them from their competitors. Shopify’s core covers 80% of what users will need and the app store covers the remaining 20%.

E-commerce is full of unusual edge cases like this. Very few stores would need the feature that I needed. It wouldn’t make sense to include an order map within the Shopify core— the core would get too bloated and complex. That’s why the app store is so important— it allows users to add features when they need them.

Shopify is not the only e-commerce website builder to offer an app store but they were the first to do it and they have the largest user base— so developers tend to prefer building apps on Shopify first.

Today they has significantly more apps than it’s closest competitors. That is is why we started our e-commerce reviews talking about Shopify.

At first, Shopify Payments was just a way for stores to get up and running quickly. With none of the hassle of setting up a 3rd party credit card processor, stores could start accepting orders immediately. It all just worked.

Since then Shopify has doubled down on innovating around Shopify Payments. For example, Shopify added Multi-Currency which lets customers pay with their local currency— a major benefit in certain regions and a unique feature to Shopify (Multi-Currency is only available to Shopify Plus users currently— but I can imagine it being rolled out everywhere eventually). Shopify also launched Shopify Pay which lets users save their payment details between Shopify stores for a quicker checkout.

Most people will use Shopify to build an e-commerce website but Shopify also let’s you sell on additional marketplaces like Amazon, Instagram or even in-person with Channels.

It’s all part of Shopify’s vision of where they see e-commerce going.

With channels, Shopify is your unified back office— where you manage inventory, orders and shipping— while your storefront can be in multiple marketplaces:

E-commerce website builders are notoriously clunk and complex. Their interfaces bloat with long lists of settings, confusing navigation and abstract language. The only one that could have a positive note besides Shopify is Woocommerce for WordPress.

Shopify works hard to avoid this bloat. As a result, it is much easier and intuitive than other e-commerce builders. For example this is Shopify’s product editor— notice how simple and clean it is by comparison?

But the app store isn’t the only explanation for Shopify’s simple interface. Shopify is also just thoughtful in how they design interfaces.

For example, consider product variations (ie: sizes and colors). Variations can be become complex once you consider different SKUs, stocks, weights and prices. To deal with the complexity, Shopify broke variations into two editors: the first editor is a way to quickly manage variations and when you need to drill down into the details, you dive into the second editor. This lets users move quickly— but also with depth.

Shopify includes 10 free themes for all stores. All ten are modern, fresh and reflect the conventional look and feel to most ecommerce websites: big photos for showcasing products and plenty of whitespace. Some Shopify themes have differences in features— for example some offer product filtering, video and wide layouts while others do not.

Simple is another example free theme:

The 10 free themes are the official Shopify themes— which means Shopify will provide official support for them. You can even get 60 minutes of complimentary design support for theme modifications— though make sure you check their guidelines as they don’t support every task.

Official theme providers can sell on the Shopify theme store and are vetted to ensure theme development is their full-time job (that way their themes are kept up to date and they can provide ongoing theme support). There are about 70 themes available from official theme providers (ranging between $140 – $180).

What is Liquid? If you’d like to get more sophisticated with customizing Shopify themes, you’ll need to understand Liquid, Shopify’s open source framework. It’s not as intimidating as it sounds. Basically the two most important things are tags and objects https://help.shopify.com/en/themes/liquid/basics#tags It sounds intimidating but you might be surprised at how easy it is to adjust.

There are three main Shopify plans to choose from: Basic Shopify, Shopify and Advanced Shopify. (There’s also a cheaper Shopify lite plan that’s a bit hidden on the pricing page— but it’s not really for building a full website.)

Plans include a 14-day free trial and I’m happy to report it’s an honest 14-day free trial (unlike many SaaS companies…). You can safely trial Shopify without having to remember to cancel it later— if you don’t upgrade during the 14-day free trial, your account just freezes at the end (rather than automatically opting you in).

Then there is Shopify Plus.

Shopify Plus is for larger brands that need scale— it currently powers 5,300+ stores. Shopify Plus has the same interface as normal Shopify but it includes unlimited staff accounts, wholesaling, customizable checkout, a few additional features (example: Script Editor) and a “launch engineer” who helps provides one on one support.

Remember: some Shopify apps and themes also cost money. These additional costs can add up if you’re not careful. Unfortunately this “death by a million paper cuts” problem isn’t unique to Shopify— every ecommerce website builder with an app stores has the same problem.

There are two possible fees for every transaction in Shopify:

… So you’re highly incentivized to use Shopify payments with Shopify.

And with Shopify Plus, Shopify is handling the next generation of online retailers: Kylie’s Cosmetics, Bombas, MVMT watches and DeathWish Coffee.

Shopify powers is powering many next generation online retailers like MVMT Watches.

Shopify Review: When To Use It?

Shopify is what I recommend to anyone building an online store. But is there cases when I wouldn’t recommend Shopify? Yes, I see two cases.

Case #1: I recommend WordPress over Shopify if you want an e-commerce website and a content website. Shopify is great for e-commerce but it’s not great for maintaining content— the WYSIWY editor isn’t as user-friendly and powerful as WordPress drag-and-drop page editor when you use page builders such as Elementor or Divi.

Case #2: The only other reason you may not want to use Shopify is if you’re trying to migrate an existing WordPress website to Shopify. In that case I’d suggest trying a WordPress ecommerce plugin— both WooCommerce and BigCommerce both strong products here.

Conclusion: Who Should Use Shopify?

It doesn’t matter if you have a brick and mortar store or are just starting out a brand new eCommerce store, Shopify could be the ideal choice for you. While it is true that there may be challenges along the way, creating an online store with Shopify is definitely worth your investment (time and money).

Now, it is okay to have a risk-free mindset. No one is ready to invest in something before trying it. That’s why Shopify offers a 14-day trial. It’s completely free to use and you don’t even have to fill in your credit card details.

I hope you like this Shopify review. Please leave us some comments if you want to know more about this Canadian company.

Affiliate Disclosure: We may receive commission from any purchases made via links to companies/products we feature on this page. To know more, please visit our disclaimer page. 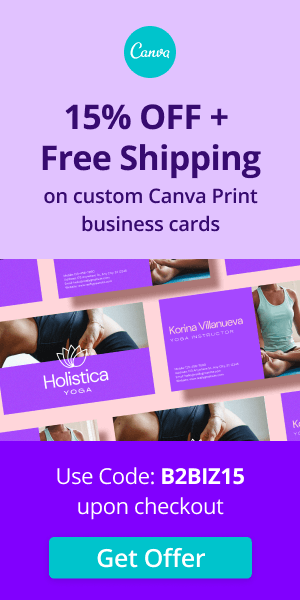